As the search for a new conference pastor continues, we will keep you in the loop by posting updates on this page. If you are interested in this position or if you have questions about the process, please contact the IMMC office.

The Missional Leadership Team (MLT) of Indiana-Michigan Mennonite Conference (IMMC) is pleased to announce that the delegates have voted with 97% affirmation to name Joanne Gallardo as one of two Conference Co-Ministers, joining Sharon Yoder who was previously affirmed. Joanne currently serves on the pastoral team at Berkey Avenue Mennonite Fellowship and as Campus Pastor at Goshen College, both half-time positions.

The Search Committee named Joanne as their candidate of choice based on the vision and hope expressed in the job description and who they thought would best complement Sharon’s gifts. Both conference ministers will help IMMC grow in intercultural competence and practices of racial justice. Joanne’s job description includes cultivating opportunities for emerging leaders, particularly those who are younger and from culturally diverse backgrounds, and supporting and facilitating communication with racial/ethnic congregations and leaders.

Joanne has a passion for a diverse church that actively engages itself in the community of which it is a part. She hopes “for a church that one day sheds its weights of white supremacy, greed, exclusion, and harm and puts on a mantle of prophetic voice, opening the way for the Mary Magdelenes and Elijahs of our day to speak, convict, and lead.” Joanne champions biblical literacy, longing for a church that embraces Scripture as living, breathing text.

After accepting the call to IMMC, Joanne said, “I am grateful for the strong affirmation from IMMC delegates. This outward confirmation of a call I felt months ago is energizing, encouraging, and feels Spirit-led. I look forward to starting a new chapter with IMMC in the coming months.”

Originally from Wauseon, Ohio, Joanne’s faith was nurtured in the divergent streams of her dad’s Catholic tradition and her mom’s Independent Fundamental Baptist church. After separating from church for a time during adolescence, Joanne was invited by a friend to the youth group of Tedrow Mennonite Church where she became actively involved. Joanne attended Goshen College in Goshen, Indiana, where her Music Education major changed to Music with Bible/Religion/Philosophy after an internship with Kern Road Mennonite Church in South Bend, Indiana. She went from Goshen College to Anabaptist Mennonite Biblical Seminary in Elkhart, Indiana, graduating with a Master of Divinity degree.

Following seminary studies, Joanne worked at Eastern Mennonite University in Harrisonburg, Virginia as an Associate Campus Pastor for several years. She worked in a mental health position for the chronically homeless and severely mentally ill in Washington, D.C. before accepting a call to be Pastor of Faith Formation at Berkey Avenue Mennonite Fellowship in Goshen, Indiana in 2017.

The Missional Leadership Team (MLT) is pleased to offer you an update regarding the Conference Minister transition. Here’s a review of where we have been so far: 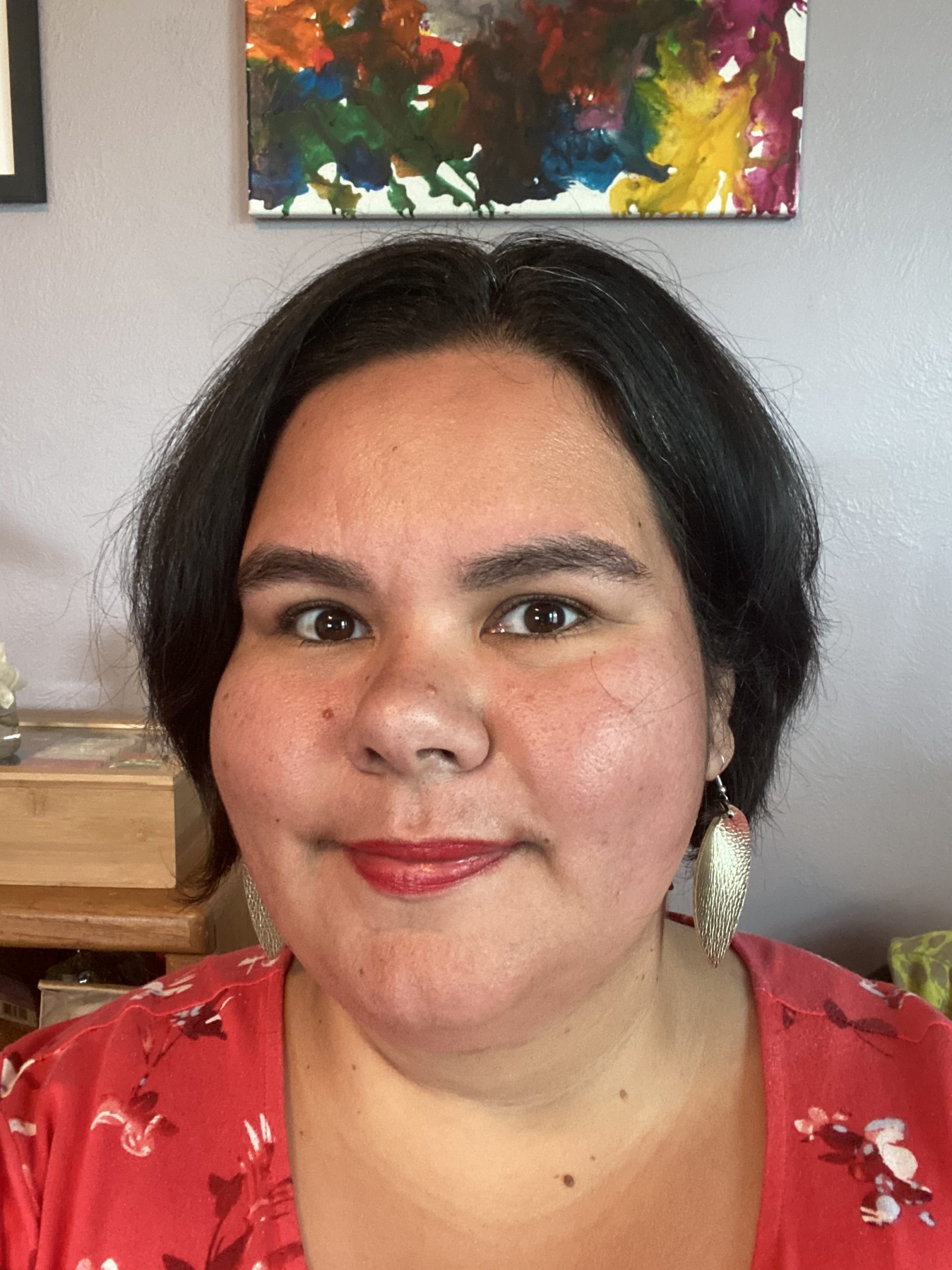 Since January 2021, the search committee has reviewed applications, interviewed several applicants, and conducted conversations with references. After listening and waiting on the Spirit, they recommended a candidate of choice to the MLT. The MLT then interviewed the candidate; Sharon Yoder also individually met with the person.

The MLT, along with the search committee, is delighted to recommend Joanne Gallardo as one of the Conference Co-Ministers beginning sometime in the Summer 2021. Both Sharon and Joanne will be .75 FTE in their respective roles.

In the search committee’s recommendation to the MLT, they made their decision considering the vision and hope expressed in the job description and who they thought would best complement Sharon’s gifts. Some of the reasons that led them to choose Joanne are as follows:

In our interview with Joanne, we too were impressed with Joanne’s commitment to help the church grow in its local ministry context, its intercultural witness, and its engagement with younger people while drawing on the wisdom of older folks. Joanne relies on the Spirit’s guidance in her life through the various spiritual disciplines she employs. She is excited to work with Sharon in the new conference ministry team configuration and to develop new ministry skills for this role.

Timeline to process this recommendation

We are very grateful for the many ways the Spirit has prompted and guided us and many others throughout this entire transition process. We invite your continued prayers in this time of discernment for our conference and for Joanne.

Please let any one of us know if you have any questions or concerns.

The Missional Leadership Team (MLT) of Indiana-Michigan Mennonite Conference (IMMC) is pleased to announce that the delegates have voted to name Sharon Yoder, currently serving as Conference Pastor for Leadership Transitions, as one of a team of two conference co- pastors to begin responsibilities on July 1st, 2021. With 59% of eligible delegates responding, delegates unanimously approved this proposal, with comments praising Sharon’s work and expressing excitement about her taking this role. Sharon has accepted the MLT’s invitation to the position.

Strong delegate affirmation is just the most recent evidence of the Spirit moving in this process. Positive comments about Sharon in our initial transition survey led us this direction, and coincided with Sharon’s own timing and discernment, putting us in awe of the Spirit’s work.

The Missional Leadership Team (MLT) of Indiana-Michigan Mennonite Conference (IMMC) is pleased to announce that the delegates have voted to name Sharon Yoder, currently serving as Conference Pastor for Leadership Transitions, as one of a team of two conference co- pastors to begin responsibilities on July 1st, 2021. With 59% of eligible delegates responding, delegates unanimously approved this proposal, with comments praising Sharon’s work and expressing excitement about her taking this role. Sharon has accepted the MLT’s invitation to the position.

Strong delegate affirmation is just the most recent evidence of the Spirit moving in this process. Positive comments about Sharon in our initial transition survey led us this direction, and coincided with Sharon’s own timing and discernment, putting us in awe of the Spirit’s work. 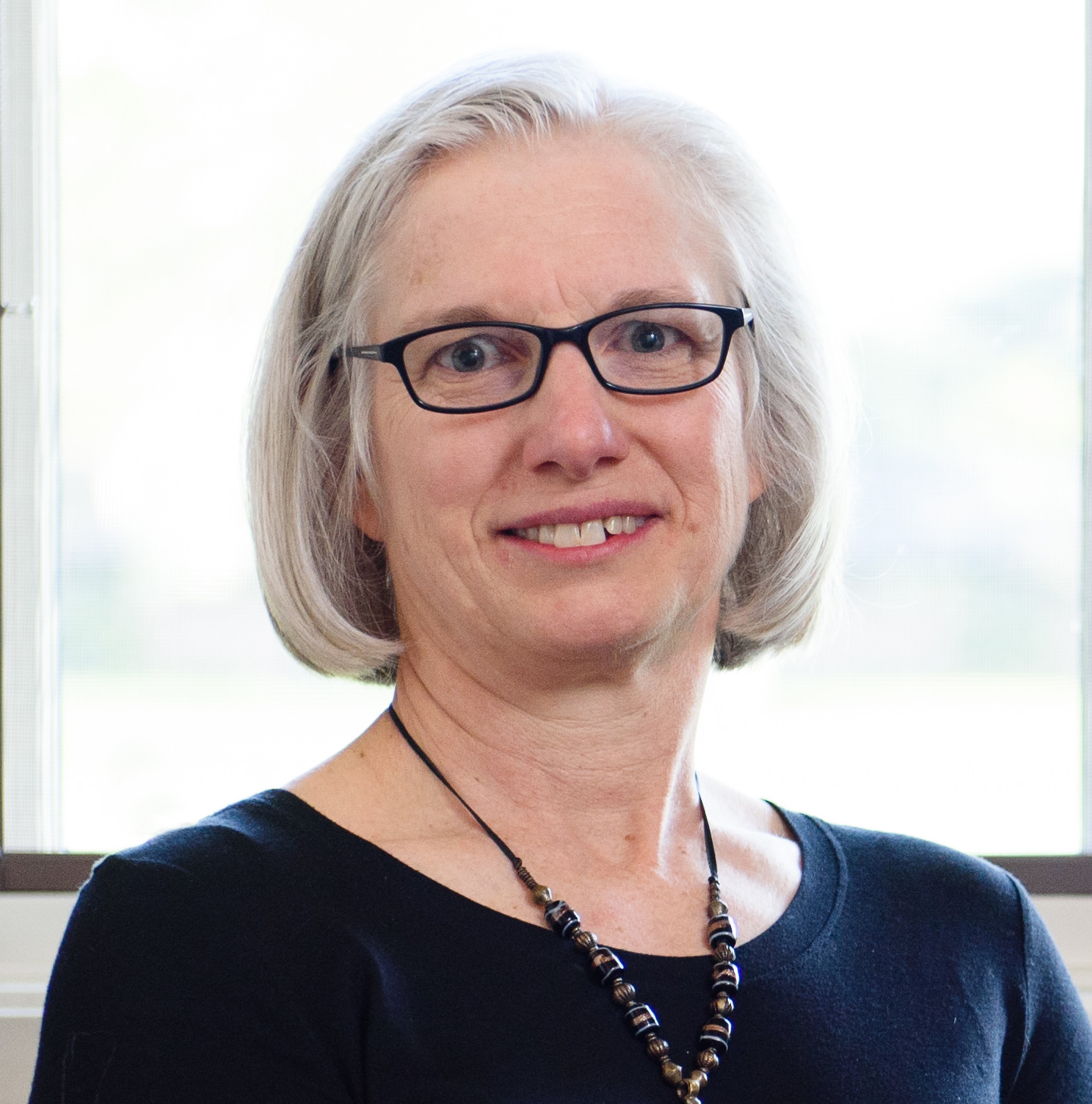 Sharon brings years of pastoral and administrative experience. She served as a team leader with Eastern Mennonite Missions in several African assignments before co-pastoring with her husband Kevin Yoder at Olive Mennonite for eleven years. During those years she completed her MDiv at Anabaptist Mennonite Biblical Seminary in Elkhart, Indiana. She works part-time as a hospital chaplain and did several interim assignments with IMMC before beginning her current role in 2019.

We believe Sharon brings strong pastoral gifts along with conference experience that will capably guide us into a new era of being conference together. We are grateful for the ways that Dan Miller has tended the relationships of our conference, sometimes challenging ones, over his 12-year tenure, and are pleased that Sharon can provide continuity with that good work.

Sharon says:  I wish to thank you, the delegates of IMMC, for your voice of affirmation. I am honored and humbled to say yes to this opportunity to serve as a conference co-pastor and I’m eager to join what God is doing among our community of congregations in this next season. May God be glorified as we journey together.

Because Sharon prefers to work less than full-time, and because we believe co-leadership has flexibility that can benefit us into the future, we have named a search committee to look for someone to work alongside Sharon.  Wilma Bailey (Shalom), Heidi Burkhart (Maple River), Naun Cerrato (Piedra Viva), Madeline Smith Kauffman (Waterford), Anna Johnson (Kern Road), Duane Yoder (MLT, Fairhaven), and Suella Gerber (chair, Fellowship of Hope) have already begun their work and will soon post a job description and begin accepting applications. More complete information is on the conference website. Shoulder-tapping or contacting the search committee with suggestions is welcomed. 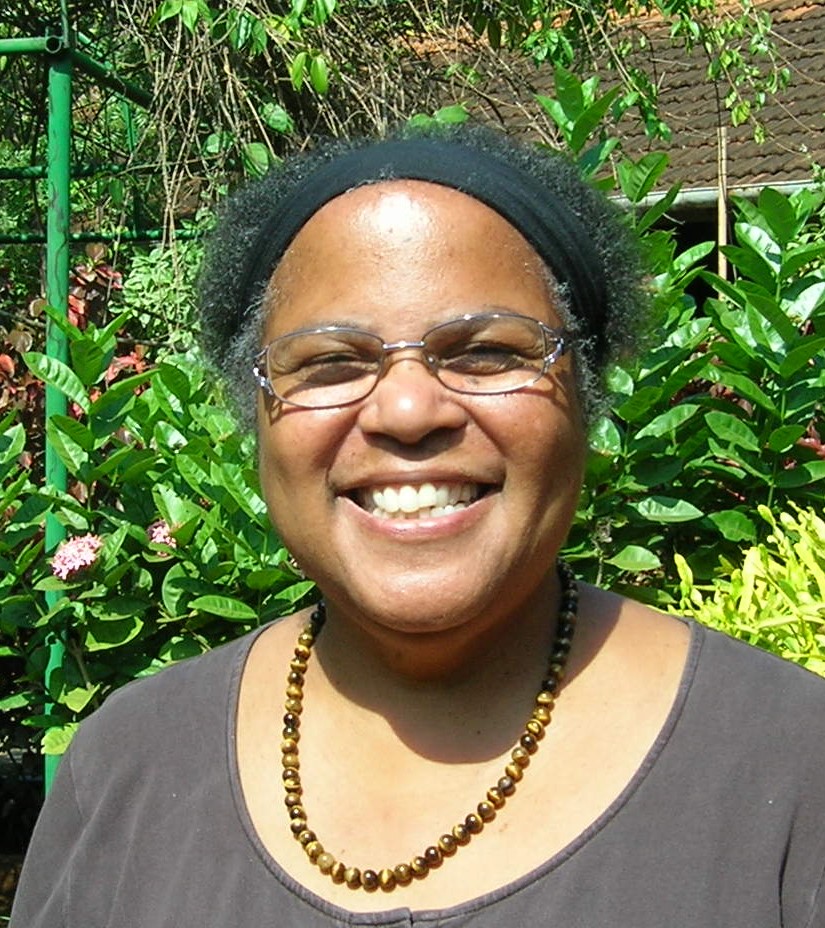 Wilma Bailey is a member of Shalom Mennonite Church in Indianapolis, Indiana. She recently served on the Ministry Credentialing team of IMMC. At Shalom, she has taught Sunday School Classes, served on the Vision and Accountability Team, preached, and served a a representative from the congregation to MCUSA. In the past, she was a board member of MCC and MCCUS and EMU. She is a graduate of AMBS (M.Div.) Prior to retiring, she taught courses at Goshen, Messiah College, Christian Theological Seminary, the University of Indianapolis and Franklin College. 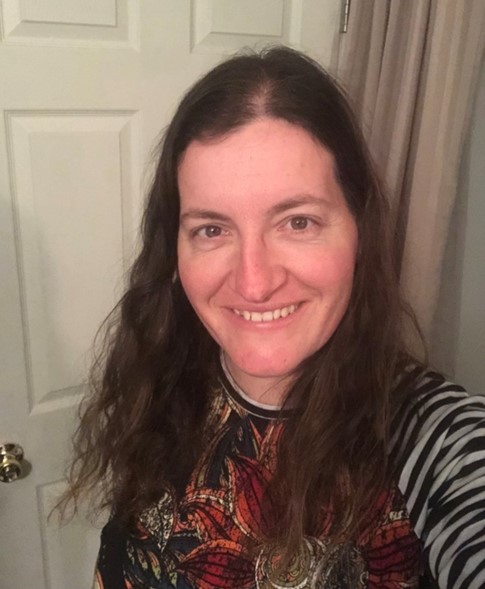 Heidi attends Maple River Mennonite Church, Brutus, MI where she serves as elder chair, church contact, a worship leader and occasional speaker. Heidi works in golf course maintenance and landscaping. She enjoys spending time with family and friends and participating in all kinds of outdoor activities including gardening, playing sports, kayaking, photography, and traveling. She is looking forward to meeting more people/building connections and joining others from our conference to seek God’s will in finding our next conference pastor. 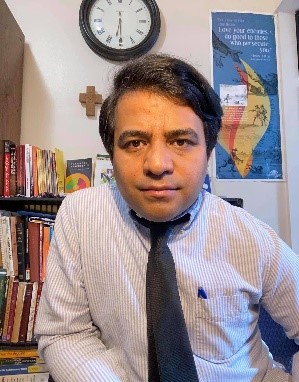 Naun Cerrato’s roots are in Central America. He moved with his family to Elkhart in the 90’s. Naun Graduated from Goshen College with a Bachelor of Science and completed his master’s at Anabaptist Mennonite Biblical Seminary in 2018. https://www.mennoniteusa.org/menno-snapshots/learn-pray-join-the-story-of-piedra-viva/. Naun Cerrato was installed and licensed at Piedra Viva Mennonite Church, Elkhart, on June 14. Naun is he is the founder of a popular podcast within the Hispanic community called “Un Momento De Anabautismo”, this podcast was mentioned on the “October-2020-Rhizome-Digital-1.pdf” 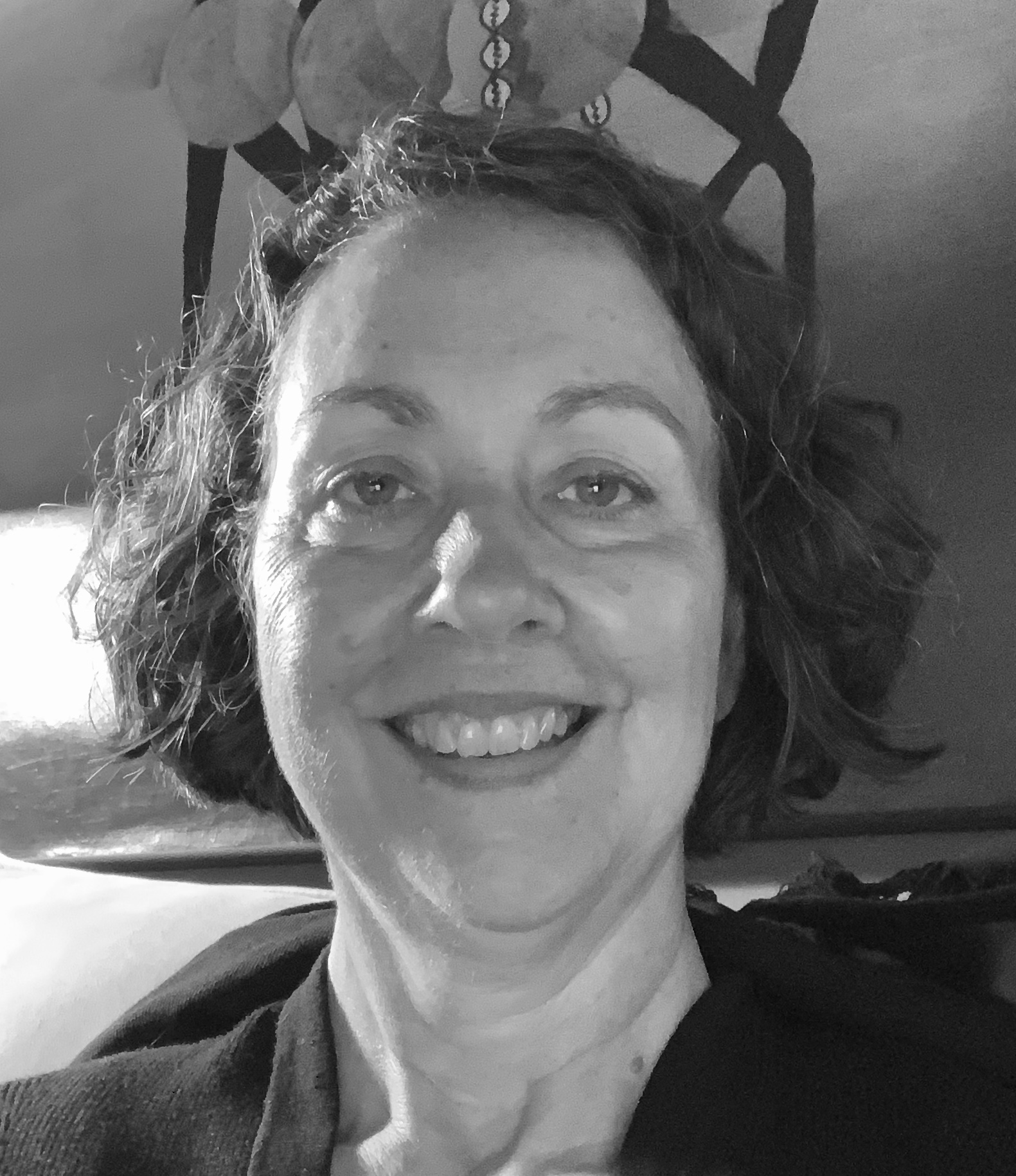 Suella lives in Goshen, Indiana with her husband. She has served as pastor at Fellowship of Hope in South Central Elkhart since 2009. She serves on the Ministry Credentialing Team of the conference. In addition to her pastoral role, Suella is also mother and grandmother, sister and daughter. She loves spending time with family and friends and sitting in her garden, especially when the peonies are blooming. 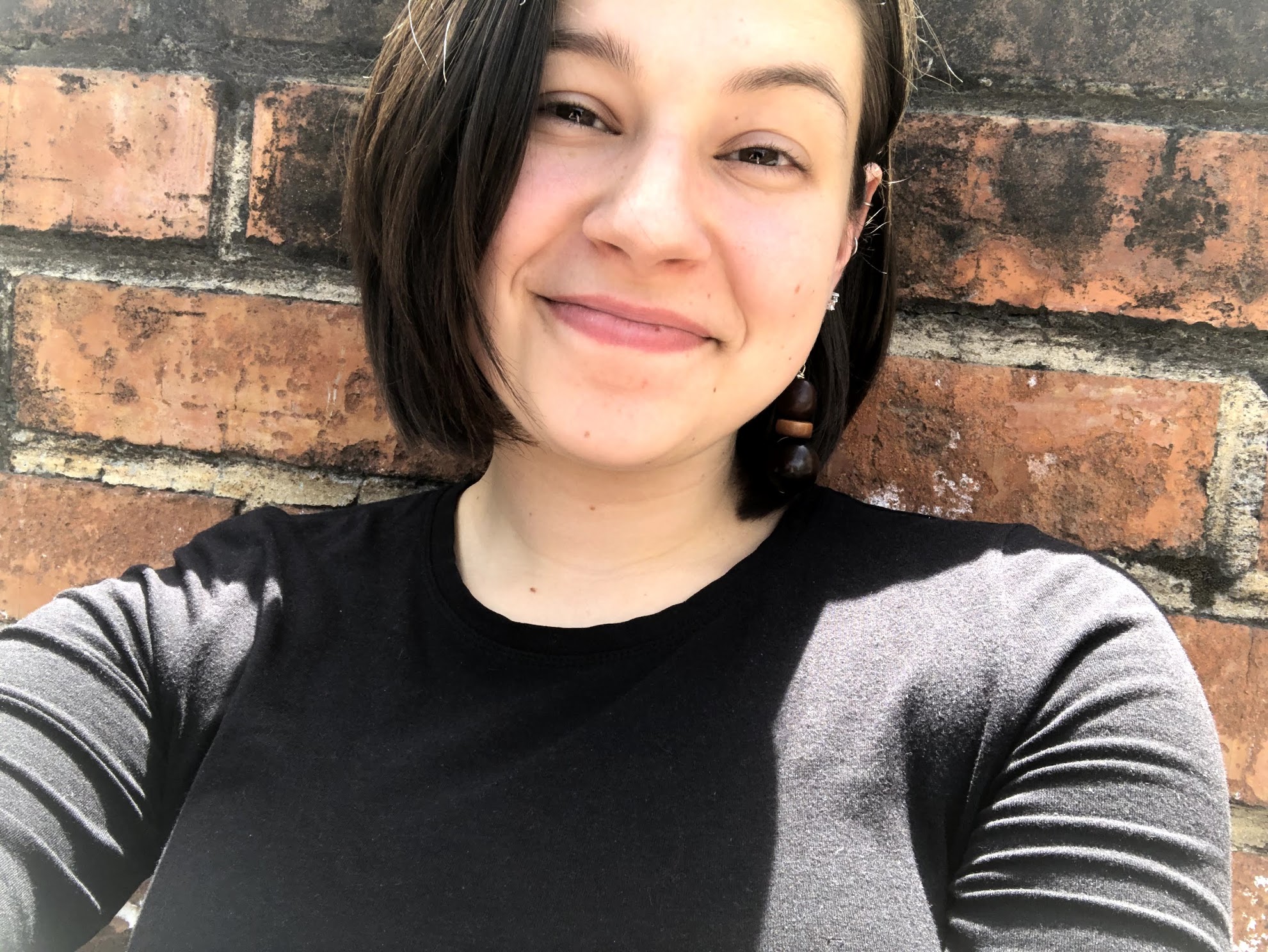 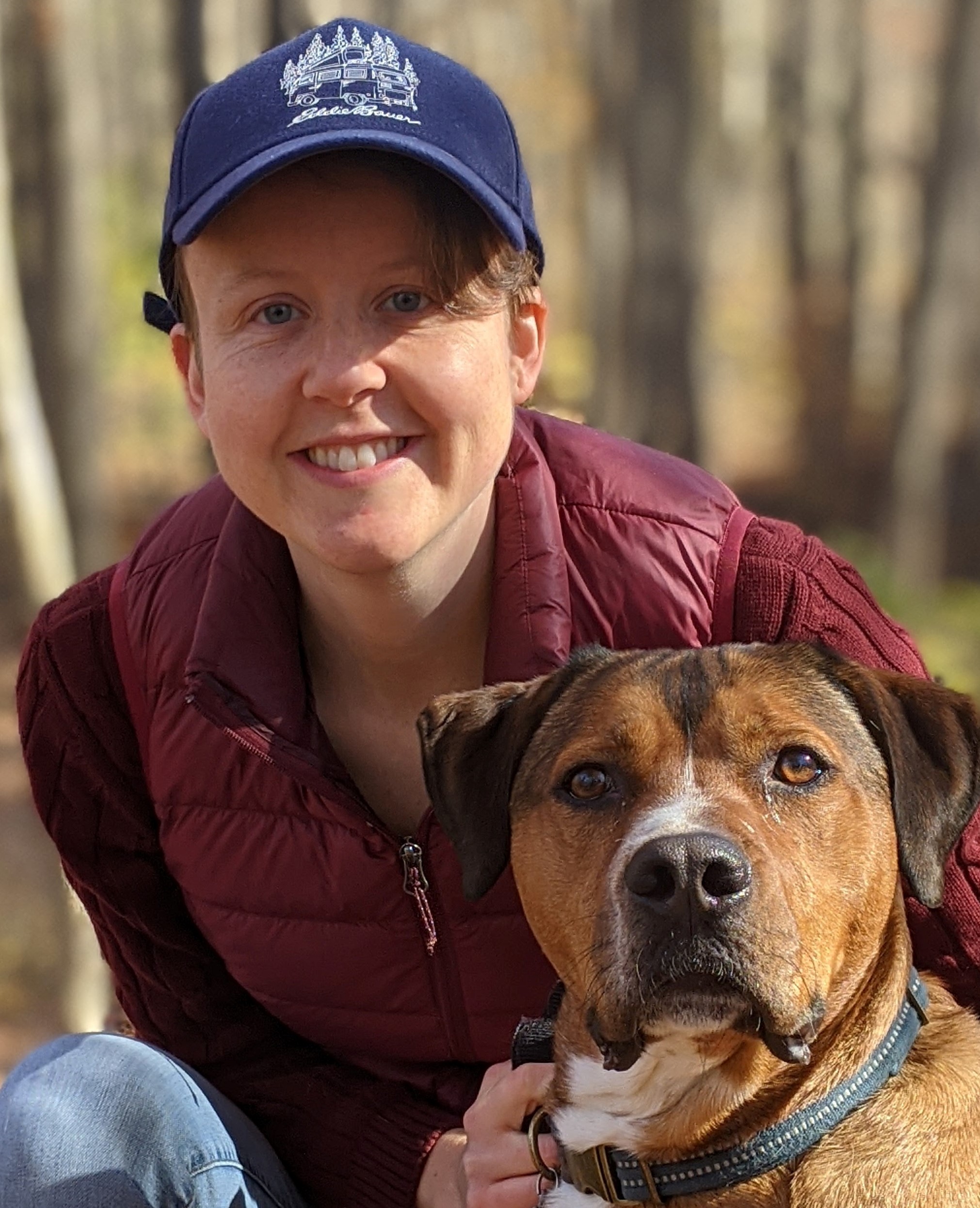 Anna Johnson is a PhD student in Peace Studies and Sociology at the University of Notre Dame. Prior to moving to South Bend, Anna lived and worked in Palestine/Israel for six years, including three as the Connecting Peoples Coordinator for Mennonite Central Committee (hosting learning tours, including the 2015 IN-MI conference “Come and See” tour). She is the daughter of a Lutheran pastor who also served as an assistant to the bishop for many years. As an adult, Anna worked for a variety of church-related organizations and she believes in the importance of connecting through the broader church. Her time with MCC was deeply formative and since moving to South Bend she has attended Kern Road Mennonite Church. 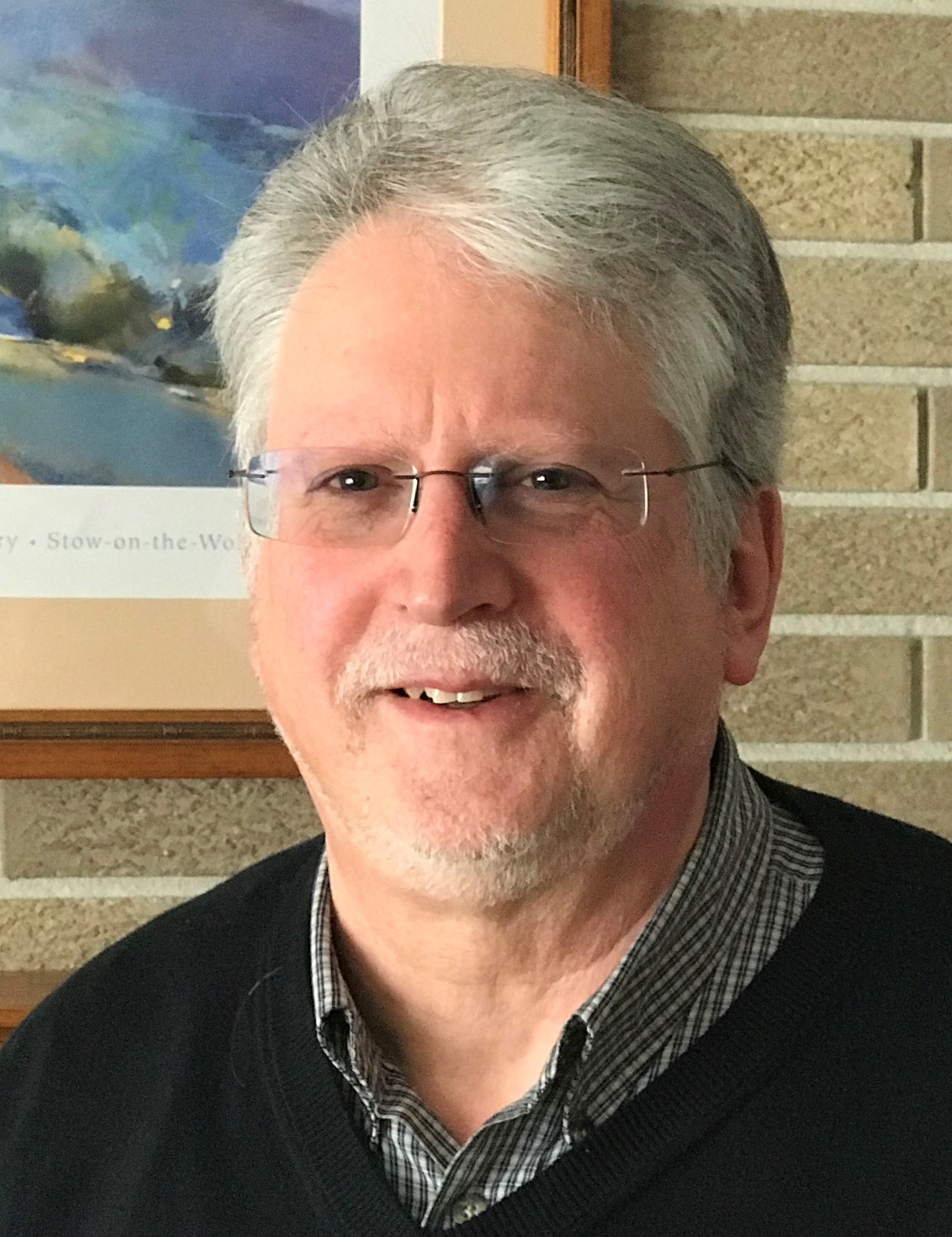 Duane is a member and Treasurer of the Fairhaven Mennonite Church in Ft Wayne, Indiana.  He is in his second year on IMMC Missional Leadership Team, Treasurer and ex-officio member of the Stewardship Team. Duane is self-employed, providing IT support to small businesses and residential customers around the Fort Wayne area. He has served on several Pastor Search Commissions at Fairhaven and knows the importance of the collective discernment for church leadership positions. As the MLT representative on this committee, Duane wants to be an effective conduit of communication between MLT and Search Committee.